Home » Blog » How long does THC last in saliva?
Marijuana

How long does THC last in saliva?


Drug tests are currently a headache for cannabis users, especially for those who have to pass drug tests at work or those who drive regularly.

Between the test the drug that detect cannabis, there are several types: saliva, urine and hair. But if there is one of these tests that currently worries cannabis users especially, that is undoubtedly the one. saliva test. The main problem with the saliva test is that, despite not being an exact measurement method, it is the one used by the security forces at road drug controls.

This means that anywhere on the Spanish roads we can be subjected to a drug test using saliva that can determine the withdrawal of our license and fines that can exceed 3,000 euros. Therefore, many consumers are really interested in knowing the main characteristics of this test and how long it will take for us to give negative after having used marijuana.

Is there an exact time?

The main problem with the saliva test, especially at roadblocks, is that we can test positive for a long period of time after consumption. This means that we can smoke at night and the next day, without having consumed, test positive because of yesterday’s joint. This is less common in sporadic users, but in regular users it is the most common. Therefore, the saliva test cannot determine the exact time of consumption or if we are still under the influence of marijuana.

Determining how long THC lasts in saliva seems really complicated, if not impossible. This depends on a wide variety of factors that vary depending on the individual.

These are the main factors which determine the time it will take to test negative for drugs using saliva. Therefore, depending on these variants and the sport weight, size or quantity practiced by the consumer, the time elapsed until negative will vary significantly. Some regular users claim to have given positive up to three days after consumption. This can occur in extreme cases where the consumer smokes daily for years. 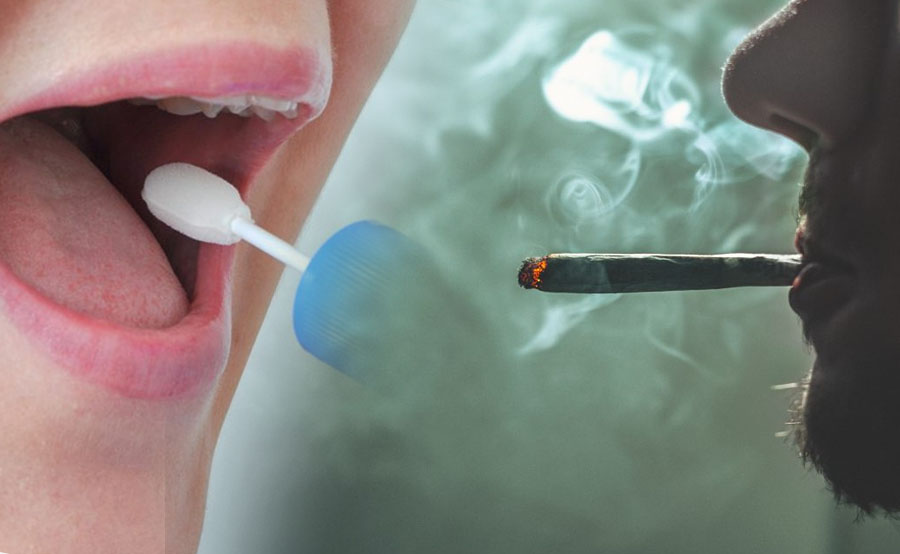 Why are road saliva checks inaccurate?

The controls used by the security forces measure THC-COOH, a metabolite that our liver produces when breaking down THC. Depending on the amount of THC-COOH that is in our saliva, the test will give positive or negative, specifically the cut is at 50ng / ml. Therefore, the “drogotest” does not determine the THC in our body, but a substance that our body generates when it is broken down.

According to official sources of the DGT, the saliva test used by the security forces is positive up to six hours after consumption. This would already be too long a period of time since, after that period of time, a person who has smoked is no longer under the influence of the drug. In addition, thousands of consumers deny these data, claiming to have tested positive after more than six hours. As we have explained previously, some claim to have tested positive even days later Of consumption.

An approximation of the time needed to test negative

Although the time required to test negative depends on a wide variety of factors, orientative way we can point out that there is a high risk to test positive between time of consumption and 10-12 hours after this. 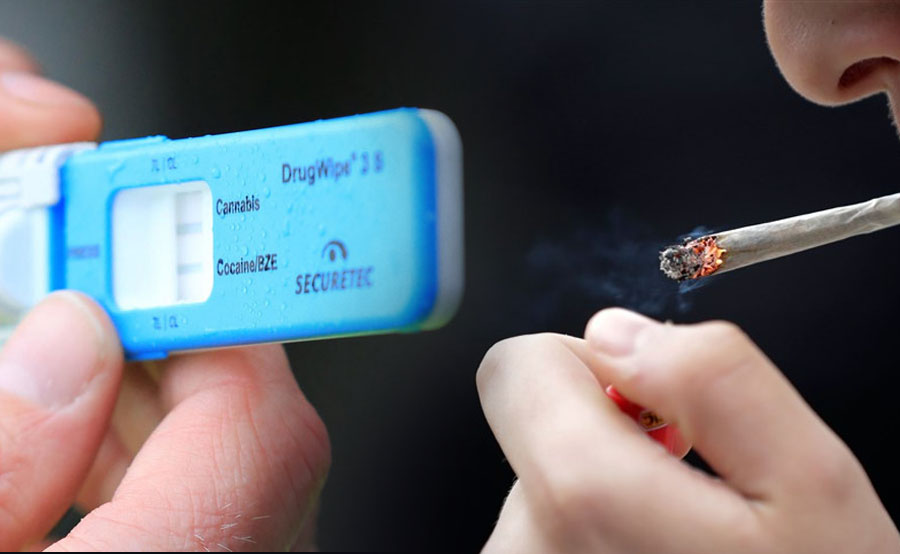 Some useful tips if you have to pass a drug test

Wait the necessary time. If you consume regularly, it is difficult for you to escape the clutches of the saliva test. Your only option is go a minimum of two or three days without smoking and hope that there is luck. The consumers occasional they have it easier, and waiting about 12 hours from consumption they can be almost certain to test negative. Also, even if you are a regular smoker, if you do sport daily and maintain a diet healthy and balanced, the waiting time too se reduce.

Control the rest of the factors. Also bear in mind that, since you now know all the factors that determine the duration time, you can play with them in your favor. That is, the less you smoke, the lower the quality of the marijuana and, for example, the longer you practice sports, the chances of testing positive will be much lower.

Use your own test. Another option is use a drogotest yourself to make sure to test negative. There is a wide variety of drug tests on the market to be able to perform them at home easily and simply. This is the most reliable way to secure a negative in the official drug test. If you take into account the factors that determine time and check the results with your own test, you can be much more relaxed when passing a drug test at work, at a traffic control or in any other situation.

We hope that the article has been helpful to you, that you visit our BLOG more often and that if, after reading the article carefully, you still have any questions about marijuana and saliva tests, do not hesitate to leave your comment and we will answer you with the as soon as possible.

How to take CBD – elitemii