What is CBG – Cannabigerol? 🤷

In this day and age, almost everyone has heard of THC and CBD, but have you heard of CBG? While THC and CBD have been aggressively hogging the limelight in the world of cannabis, CBG is slowly sliding in to overthrow the throne.

CBG stands for Cannabigerol, a lesser-known cannabinoid usually present in trace quantities and is considered to be the grand-daddy of all the other main cannabinoids, including THC and CBD.

While there isn’t a large body of research and knowledge covering CBG, it still definitely is worth learning about.

If you want to learn a bit more about this enigmatic compound, stick around, because we’re about to drop some knowledge on you.

Time for a quick refresher, if you didn’t already know, our bodies have our own self-governing systems to regulate a bunch of our human functions, ranging from sleep, appetite, to even mood. It also happens to be the same system that helps us interact with and receive the cannabinoids in our favorite cannabis. We call it the endocannabinoid system or the ECS for short.

Like many other plants in mother nature, the cannabis plant is made up of several hundred different compounds. Over 500 different ones to be exact. However, the bulk of what we’re going to focus on is going to revolve around a select few which we call cannabinoids, or phytocannabinoids as they are produced in plants.

As you’re probably already aware, these are the compounds that get you feeling that euphoric buzz when you consume cannabis.

Seeing as how each and every one of us has our own Endocannabinoid System, our bodies produce their own variants of cannabinoids called endocannabinoids, which are very similar in structure to the phytocannabinoids in cannabis.

What that means is that the Endocannabinoid System in our bodies can easily interact and absorb those compounds in cannabis.

What is CBG and How Does it Stack Up Against the Other Cannabinoids?

CBG is short for Cannabigerol, a relatively lesser-known cannabinoid that is currently being researched and reviewed for its medicinal properties. That said, an in-depth research is somewhat limited and CBG has still yet to undergo any clinical trials (although they should commence shortly).

Up until now, controlled studies on mice have shown some promise that CBG may have potential in treating a variety of ailments such as inflammatory bowel disease, glaucoma, neurodegenerative diseases, and even cancer.

As far as differentiation from other cannabinoids goes, one of the most defining traits of CBG is its ability to convert into any of the other main cannabinoids, be it THC or CBD. In many ways, CBG is somewhat of a chameleon of sorts. In fact, as we had previously mentioned, CBG is like the grandfather to all cannabinoids, as each one is derived from it at one point or another.

How is CBG Different from CBD?

Both compounds serve as key cannabinoids in the cannabis plant, although their functions are vastly different from one another, with a few overlaps here and there.

That said, both cannabinoids are effective at combating a different variety of ailments and are considered non-intoxicating, meaning that they won’t give that you that mind-altering euphoric high in the way that THC does, but they will definitely provide more therapeutic and relieving effects albeit in a more subtle way.

Building on their similarities, CBG, much like CBD is also known to counteract some of the intoxicating effects of THC by activating the CB1 receptors in our endocannabinoid system. That means if you consume THC along with high amounts of CBD or CBG, you’ll likely dampen the potency of the THC and experience less intense psychoactive effects. However, the silver lining is that both cannabinoids are suitable for daytime use without any impairment to your mental clarity.

The Potential Benefits of CBG

As previously mentioned, the clinical trials of CBG are still underway, although there is some evidence of its potential in the medical world.

CBG is an Effective Appetite Stimulant

A recent 2017 study has shown CBG’s ability to stimulate appetite in rats without producing intoxicating effects. As a result, the study found that CBG could be a great therapeutic option to fight the muscle-wasting and weight loss disorder experienced in the later stages of cancer.

CBG Has Shown Promise as an Effective Antibacterial Agent

Some studies have shown that CBG could be effective at fighting a particularly stubborn microbial strain called methicillin-resistant Staphylococcus aureus (MRSA). MSRA is known to be highly resistant to a variety of antibiotics and drugs.

CBG Could be a Potential Treatment For Glaucoma

A 2015 study with mice, found that CBG had neuroprotective qualities. The cannabinoid could be a potential treatment for neurodegenerative diseases like Huntington’s disease by normalizing the expression of brain degenerative genes and protecting existing neurons within the brain.

CBG is an Effective Agent for Reducing Inflammation

While many cannabinoids share some overlap in treating pain, studies have shown that CBG is an effective agent in reducing the agitation and pain in skin-related inflammation ailments such as atopic dermatitis (eczema) and psoriasis. Topical applications of CBG have been shown to easily be absorbed by the skin and provide fast-acting relief to localized areas.

CBG Has Potential to Fight Cancer

Along with dampening the effects of pain, inflammation, and nausea, CBG is also able to diminish the proliferation of various cancer cells. Research suggests that CBG has shown great promise in being a future treatment for various types of cancers. Though research is fairly limited, CBG may be effective at fighting cancer in both the stomach and bones, such as gastrointestinal and even breast cancer.

Want to try some CBG for yourself? Instead of visiting your local dispensary, we recommend you buy weed online instead. With access to hundreds of strains, cannabis products, and edibles, there’s no doubt that you’ll find something you’ll enjoy!

Without further ado, here’s our list of top CBG strains you can buy at an online dispensary Canada. 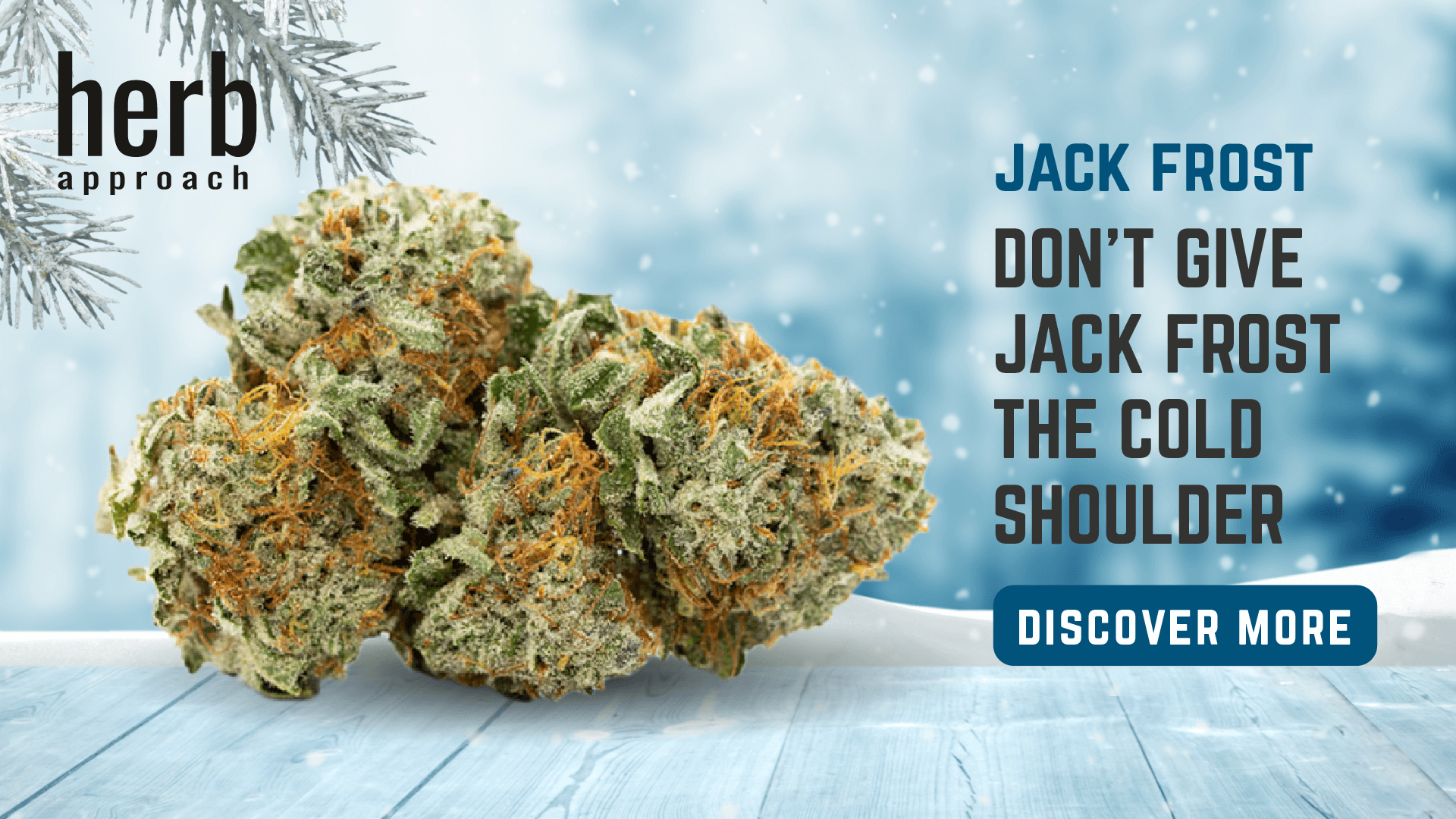 Jack Frost is the epitome of “slow and steady wins the race.” It’s like that moment when you’re lighting a firework, and the wick goes out. Scratching your head, it must be a dud.

Then, without warning, BOOM!

Once the high finally begins, expect an intense wave of euphoria, unlike anything else. It’s revered as one of the most uplifting experiences in the world of cannabis.

For a sweet, earthy, and citrusty hit of CBG, try Jack Frost! 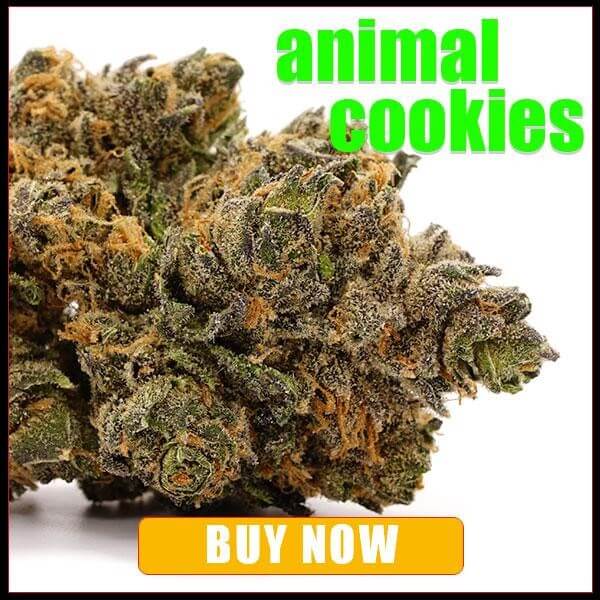 Animal Cookies is the child of the legendary hybrid marijuana strains Girl Scout Cookies and Fire OG. True to its name, Animal Cookies has a sweet, sour aroma with heavy full-body effects that will impress any veteran consumer.

This potent medicine might be overkill for mild symptoms, but its ability to obliterate severe pain and insomnia is unprecedented. With up to or more than 23% THC, Animal Cookies is a versatile strain for medical applications. Packed with CBG as well, medicinal patients can’t go wrong with a healthy serving of Animal Cookies! 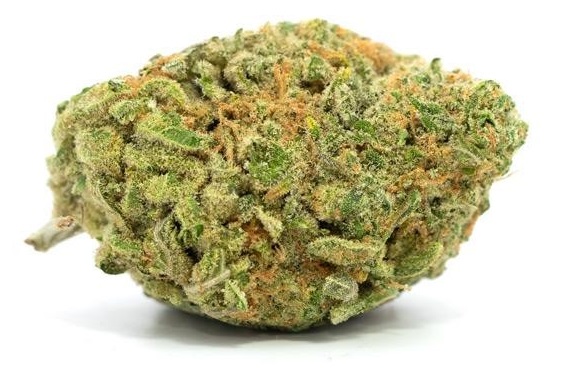 Afgooey, also known as Afgoo, is a potent Indica strain that is believed to descend from an Afghani Indica and Maui Haze. Its sativa parent may lend Afgoo some uplifting, creative qualities, but this strain undoubtedly takes after its Indica parent as it primarily delivers relaxing, sleepy effects alongside its earthy pine flavor and a healthy serving of cannabigerol.

Though little is known about CBG, you can rest assured that it is an up and coming cannabinoid with a ton of medical potential.

So far, due to limited trails, there haven’t been any reported side effects. To be sure of its effects, it is always best to consult your doctor before consumption.

Is It Convenient To Use Marijuana If You Have Coronavirus?🤔

Why CBD for Anxiety and Depression 🌿🧴😁