Home » Blog » What does Spain gain if Cannabis is regulated?
Marijuana

What does Spain gain if Cannabis is regulated?


After the sale of marijuana has already been regularized in some North American states such as Ontario or California and other European cities such as Amsterdam or Eindhoven have followed this same path, it is time to ask what would happen in Spain if finally the Government of the nation dared to take that big step towards the regularization of marijuana.

Would the fact that a law finally regularize the cultivation and sale of cannabis would save us Spaniards money? Based on the results presented by the representative of the spokesperson for the ‘Responsible Regulation’ platform, Bernardo Soriano, the answer is yes. And is that according to the estimates of the platform, the Treasury could collect up to 1,200 million euros per year in taxes if this activity was properly structured.

The Responsible Regularization it is much more profitable

You don’t have to be an expert in economics to understand that getting out of the black market is immediately increasing state revenue. What the Government of Spain currently collects in levies on products such as tobacco, alcohol or gasoline (special taxes) represents a significant annual benefit for the State coffers.

If marijuana were to be regularized, the benefits that the Treasury could collect per year for this type of activity, taking into account that it is also a booming industry, could even exceed 1,200 million euros. And this is a figure that refers only to indirect taxes But, as Soriano recalls, many other issues should be taken into account in which the Government would be saving money: speedy trials of small traffickers, raids, police investment and of course the outlay involved in having to clean up the image of these areas that become marginal as a consequence of illegal yerba traffic.

With the existing black market, the State misses the opportunity to collect not a single cent of the large amount of money that this business could move in a completely legal and safe way for citizens if it were integrated as a new item of special taxes through new legislation based on the ‘Responsible Regulation’ of cannabis. On the other hand, the liberalization of marijuana would be irremediably linked to the appearance of establishments authorized for the sale and consumption of cannabis, which would also be obliged to pay their corresponding taxes to the State and to legally participate in the growth of an industry. capable of providing millions of turnover in an absolutely legitimate way. 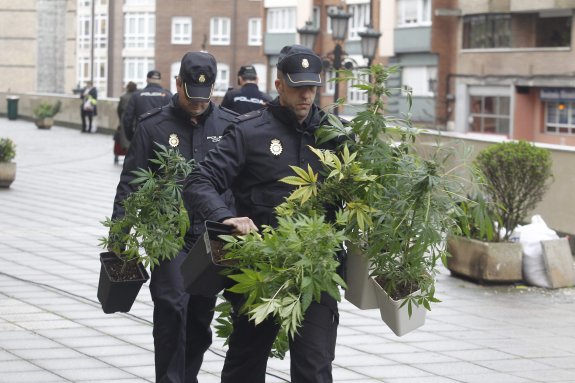 Another of the most convincing arguments with which the defenders of the liberalization of marijuana use intend to make the Government of Spain attend to their demands at once is the one that has to do with the elimination of illegal traffic and the consequent decrease in crime. They are two closely related aspects that, in the opinion of those who defend this position, cannot be ignored by those who govern the country.

Any illegal activity (and by this we are not referring only to drug trafficking) implies a series of collateral damages that to a greater or lesser extent always end up being related to violence, extortion and abuse. The large-scale cultivation for illegal marijuana trafficking is an activity that is not left out of this problem and at these levels the underground cannabis industry only empowers drug trafficking networks, promoting violence and retail and with it the marginalization of the most depressed areas.

This fact continues to be a vicious circle as governments allocate more and more resources to put an end to this type of situation instead of channeling those funds towards plans to improve health, education or social integration precisely in those situations. most disadvantaged places on the urban map.

Regularization would not be a panacea, but it would be a big step 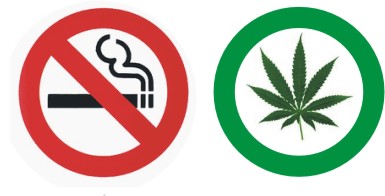 Unlike many other substances that are currently marketed (among them tobacco and alcohol) whose abusive consumption has been shown to be harmful to health and yet they can be acquired practically anywhere without too many restrictions (except that of the age) Marijuana has been a stigmatized product by governments and public opinion for many decades.

The origin of this stigma is purely ideological and nowadays it does not even respond to a true commercial interest since from the legal point of view the Government itself would be the first interested in regularizing the cultivation and sale of cannabis.

Would regularization solve all the stigmas that accompany marijuana use? Not much less. If there is one thing true about this whole issue, it is that, as with any other substance that we have already mentioned, abuse and addiction are not recommended. The liberalization of cannabis will not put an end to the misuse of this plant or its many benefits, both recreationally and for medicinal use. But that is nothing new. We already see it constantly in people who do not control the amount of alcohol they drink daily or the number of cigarettes smoked throughout a day, and yet they are two products for which there is absolute permissiveness.

That is why regularizing the cultivation, sale and consumption of marijuana also requires a significant effort on the part of the institutions when it comes to informing the public with real facts about the benefits of moderate cannabis use and to educate the population beyond punitive policies that have not served either to avoid the impact of collateral damage associated with illegal trafficking or to end realities that will always be present, such as addicts.

Alcohol and Marijuana | Is it really an Explosive mix?

Bob Dylan, The Beatles and Marijuana