Home » Blog » Alcohol and Marijuana | Is it really an Explosive mix?
Marijuana

Alcohol and Marijuana | Is it really an Explosive mix?


Mixing cannabis and alcohol is not only a very tempting combination, but regardless of the recommendations and advice that are often given in this regard, it is a fairly common practice during weekend parties among those who are regular users of both.

These two types of substances are already part of popular culture and party girl. However, while it may cut the roll a bit in a celebration in which one thing inevitably leads to the other, the metabolic interaction between marijuana and alcohol it is not exactly among the most recommended mixes for your special occasions.

To know the reasons why it is better to keep them separate and to be more clear about what you are facing if you still prefer to combine these substances, we have collected information based on the few existing pharmacological studies in this regard beyond the particular experiences of each individual. . In this sense, it should also be noted that the consequences of this mixture can be experienced very differently in each person, so although for some it may be a bad experience, it may have hardly any notable repercussions for others. What is evident is that combining marijuana with alcohol produces certain metabolic interactions in the body and being informed about them is playing with an advantage.

What happens in your brain when you mix alcohol and cannabis?

Alcohol and marijuana are two drugs that act completely differently in your body, it has nothing to do with genetics or whether the seeds are feminized, regular or automatic. It goes without saying that alcohol is a depressant of the nervous system while cannabis acts on a cognitive level by modifying the behavior of certain neuroreceptors in the brain. 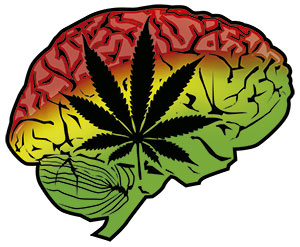 what does it mean exactly? To understand it in a simpler way, we could say that while alcohol has a powerful effect on a physical level, slowing down motor skills and making judgment clouded, the cannabinoids present in marijuana have powerful effects on a cognitive level, different in type and intensity depending on the variety of cannabis and the weight of the person who is consuming it, and which can range from time distortion to paranoia.

However, the response that each individual offers to this crossing of such opposite substances is not entirely clear. It is clearly known how each one of them acts separately, but with regard to the effects of their interaction, the truth is that so many variables come into play (the type of cannabis, consumption habits, the weight of the individual …) that responses to the same situation can be very different.

There are people who can calmly enjoy several drinks and some joints as if nothing else, while for others this mixture leads to an uncontrollable anxiety attack or an uncomfortable picture of marijuana intoxication with nausea and vomiting. But perhaps the immediate effects are not the most worrying but these factors should be analyzed with a little more perspective.

And is that some studies have shown that the neural interferences that can occur as a result of these mixtures lead to other types of more complex episodes that are ultimately associated with serious difficulties in memory and learning processes, something that is not for take it lightly.

Increased THC in the blood as a result of alcohol

Did you know that cannabinoids are fat soluble substances? This means that the main active components of marijuana, either THC or CBD, are only diluted in fats, oils and ethanol. The latter is the chemical compound that is present in alcohol and therefore when you have a drink it passes directly into your blood.

Now imagine your blood with elevated levels of ethyl alcohol. When you receive the cannabinoids present in your puffs of marijuana, you can already imagine what is going to happen, right? It is estimated that alcohol can even double the potency of THC when diluted in the blood and in its transit through each of the organs through which it runs, including the brain. 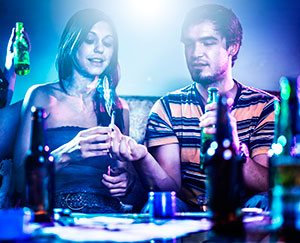 It might seem like the quickest way to catch a good highBut also remember that dullness and nausea can be so sudden that instead of getting the desired effect, the opposite happens to you and your night is ruined by a bad trip.

Combined with alcohol, the effects of marijuana will be noticeable much faster but that immediacy does not ensure that you will obtain the expected results.

If you are going to do it, you better follow an order

If, despite all the previous recommendations, you cannot resist the temptation to party and practice this somewhat risky combination, it is best that at least you follow the advice of more experienced smokers.

This is not just popular wisdom. There really is an explanation for claiming that the order in which you consume marijuana and alcohol has significant repercussions on your body. So heed this tip. If you plan to do both, first smoke your cannabis cigarette and then continue with the alcohol.

If you do not follow this strict order, you have all the ballots of ending up experiencing the symptoms of what is commonly known as a paleThat is, that unpleasant moment in which the sudden increase in dizziness and nausea end up inevitably leading to vomiting due to marijuana intoxication.

This is because alcohol speeds up the rate at which THC reaches the brain. The body is not able to assimilate this change so quickly and reacts immediately with the symptoms of an intoxication, no matter how expert smoker you are. It is a risk that you expose yourself to even if you follow the guideline to consume cannabis before drinking, but the possibilities are reduced with this recommendation, so it is best not to gamble.

Marijuana in the garden of 2 Galician Ladies

What does Spain gain if Cannabis is regulated?