Trump Says NO to Marijuana in the United States


Despite the fact that there are already eight states that have recognized the use of marijuana for recreational purposes in the United States and that many others have increasingly lax legislation regarding consumption and even more regarding its medicinal use, it seems that none of this generates any special enthusiasm for Donald Trump.

The president of the United States and his government team have already warned that they plan to implement new restrictions and that the application of federal law would carry more weight than any of the concessions that the states have been able to make in recent years. Wow! With how fashionable Dinafem’s Californian OG Kush has become …

One of the last great advances in the liberalization of the consumption and cultivation of marijuana in the United States occurred just a few months ago. Specifically, on November 8 (the day of the elections that gave Donald Trump the presidential triumph) the citizens of the states of California, Massachusetts, Maine y Nevada they were also called to the polls to decide on important issues regarding their current legislation, including the issue of the legalization of cannabis.

Finally the voters of these three states agreed to legalize the use of marijuana for recreational purposes, which implies that those over 21 years of age may smoke in their homes and in places that authorize it. These four states join Colorado, Alaska, Oregon and Washington where marijuana for recreational use was already legal. In addition, in the case of California (so far the most populous state in the country in which the recreational use of marijuana is legalized), up to six marijuana plants will also be allowed at home, as long as they are not in sight. That same day, cannabis use was also decriminalized in the states of North Dakota, Florida, Arkansas and Montana, although with medicinal use. 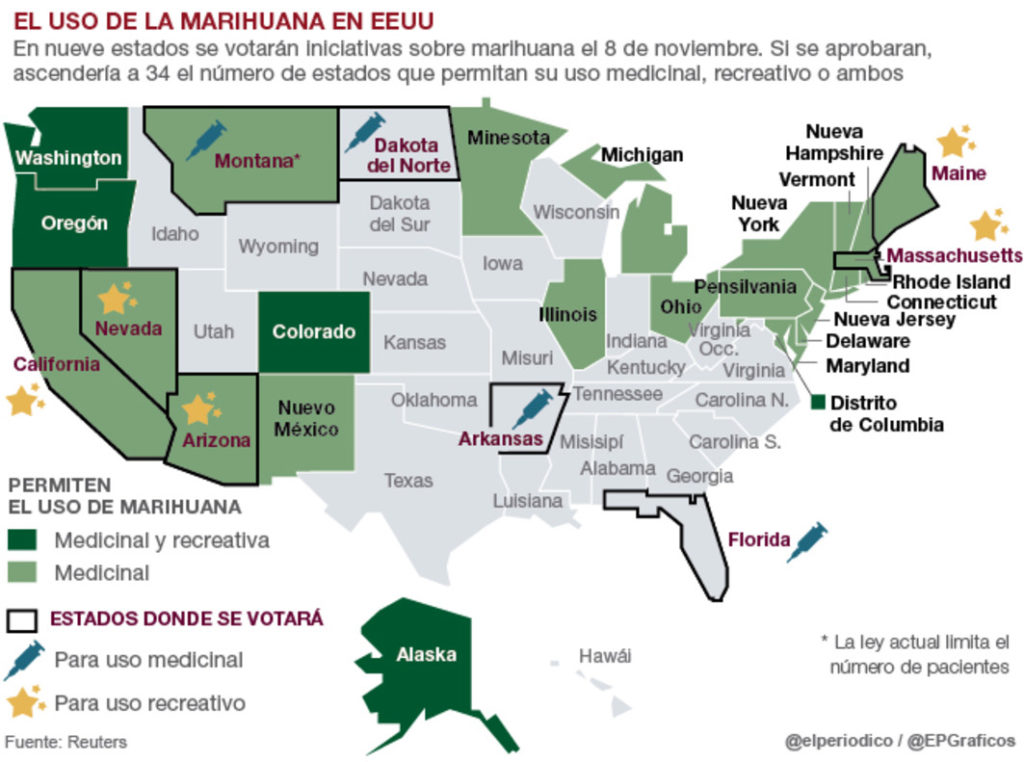 But the permissiveness that the Obama administration team seemed to have shown until then does not seem to be repeated with Trump, who has already warned that the recreational use of cannabis is “a flagrant violation of the law” and will not hesitate to put a stop to it. .

During the time that Trump has been president of the United States, we have already had the opportunity to see how they are spent. When something gets into his head there is no one to stop him, so the future of the legalization of cannabis in the rest of the states of the country does not look too good.

The most alarming thing is that, apparently, Donald Trump has already begun to pull the strings to orchestrate this heavy-handed campaign against future attempts to legalize marijuana in the United States, but it will not stop there. Apart from what was to be expected (that the states would be hindered when it came to calling votes so that the citizens themselves could choose on these issues that concern them so directly), it is likely that the Department of Justice of the United States Government is analyzing the necessary mechanisms to take legal action against those states in which the consumption, cultivation, possession or sale of marijuana has already been stipulated as legal.

These eventual interventions by the US Justice would be contradictory for two reasons. On the one hand, because, as the director of the National Association of the Cannabis Industry, Aaron Smith, emphasizes, neither the president nor the Government of the country have the authority to overthrow the will of the voters who, in the exercise of their right to vote, have decided that is the way they want their state governments to address the legality of marijuana. At the same time These governments have provided the necessary tools to regulate this popular will in the right way.

On the other hand, numerous studies have shown that the legalization of marijuana has an interesting effect when it comes to reducing the consumption of other opiates that are much more harmful and dangerous for human health. And you don’t have to go into the realm of illegal opiates to talk about risks. The OxyContin or the Tramadol are substances with medical prescription that cause a great addiction and are generating important dependency problems in the population. However, none of these drugs can be associated with the use of marijuana, so cannabis advocates do not understand why this band closure to a much healthier and more natural substance than others that already exist on the market.

Medical marijuana would still have hope 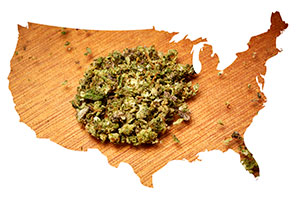 In spite of everything, Donald Trump has been somewhat more flexible in this regard when he declared that he “understands the pain and suffering of many people who face terminal illnesses”, cases in which the use of cannabis for therapeutic purposes could have, according to the president, an acceptable justification.

However, for the moment no one has had the opportunity to hear these statements directly from the American president, but rather his press secretary, Sean Spicer, has been in charge of transmitting this message. conciliator to the media.

It is certainly not a casual message. Despite what their plans for the future are, both the president and his government team cannot ignore the reality of the polls according to which 93% of the US population would be in favor of the legalization of medical marijuana and 59% in favor of the legalization of this substance also for recreational purposes. Taking into account that among those figures are also his future voters, the controversial president will have to play his cards very well if he intends to occupy his position for the maximum of two legislatures.

How to care for a Marijuana Mother Plant