How to Prevent Cannabis-Induced Anxiety Attacks?


With cannabis legislation flying about and American citizens being drawn into the appeal of marijuana, discussions have moved on to issues concerning cannabis-induced anxiety.

Concerned communities are wondering if marijuana causes or helps to manage anxiety.

Experts have explained that It works both ways.

users of cannabis and new cannabis users. The type of cannabis being consumed does not matter, as both recreational and medical cannabis has been found to trigger the condition.

This article delves into the causes of weed anxiety, methods to combat its occurrence, as well as how to prevent it from occurring in new cannabis users.

These two have an intriguing connection.

Researchers have carried out trials to explain this relationship. Some studies have involved the use of cannabis and its compounds to develop a potential form of anxiety treatment, while other studies have focused on looking for ways to develop and improve cannabinoid-based anxiolytic agents.

In the same vein, some experts are also working on figuring out more about THC being a paranoia trigger in cannabis users. Experiments have been carried out to connect marijuana with the onset of anxiety disorders in individuals who have no medical history of mental conditions.

For you to understand weed anxiety, you have to know the concept of anxiety itself. Anxiety induces a bunch of reactions like increased heartbeats, inability to focus, incessant worries, and sweating. It occurs in moments that cause an individual to relieve their doubts and insecurities.

Weed anxiety can be described as the body’s involuntary reaction to cannabis in some users. It evokes mental distress, as well as physical symptoms like shaking, fatigue, nausea, stomach discomfort, and excessive sweating. It can go as far as inducing panic attacks in users.

Unlike brief anxiety moments that can be brushed off by composing yourself with breathing exercises, weed-induced anxiety is much more complicated.

In first-timers, it can be difficult to discern if the symptoms are anxiety-related or illness-related. Especially in those who experience only physical symptoms.

It begins with the person having an excessive number of gloomy thoughts. These negative thoughts are very difficult to shake off. The physical symptoms follow closely, extreme weed-induced anxiety causes shortness of breath and causes the person to have difficulties in moving about comfortably.

People who have experienced cannabis-induced anxiety explained that they felt as though they were trapped in a cage inside their minds. They had distressing thoughts which seemed very loud in their heads and prevented them from paying attention to their current environments.

Recreational cannabis smokers who have experienced this form of anxiety added that hearing any weird sound made them paranoid, with some saying that they occasionally have to check outside their windows for cops. Using recreational weed is illegal in some states, and the worry of having been caught in a crime is enough to cause a manic episode.

There are several factors at play when trying to determine why cannabis anxiety only affects a selected number of people.

The user’s age and sex play a role in determining how vulnerable a person is to weed anxiety.

An older person is more likely to feel an intense form of weed anxiety when compared to a younger person. This is because as the brain ages as the body ages, hence receptor density declines over time.

Women are more likely to suffer from weed anxiety than the male population, due to the presence of estrogen which increases their sensitivity to THC.

Anxiety patients tend to exacerbate their symptoms when they use cannabis while having an episode. Only a few feel relief after consuming cannabis directly after feeling anxious, the rest only experience more intense symptoms.

Experts say that the first thing to do while experiencing weed anxiety is to accept and fully grasp what is going on. Fighting the anxiety without accepting it only worsens the situation. Even in regular anxious moments, individuals are always advised to accept it first, although this is hard to do.

The next thing to do if the symptoms persist after you’ve taken a few breaths is to take a cold shower. The sudden rush from the cold water may be enough to snap you out of that confused state. If you can’t take a cold shower, find a bit of water to pour on your neck.

Another suggestion is using the distraction technique. This entails eating or drinking something, taking a walk, seeing a movie, or listening to soothing music. Doing this will help keep the mind off the distressing thoughts ravaging the mind.

Having a positive mindset also helps.

Prevention is better than cure

It is better to prevent weed-induced anxiety than to manage the condition.

The most effective way to prevent these traumatizing episodes from occurring is by using products with More CBD AND less THC. This works for beginners and experts, as the CBD compound helps to even out the psychoactive effects of THC.

The effects of weed-induced anxiety will wane over time, depending on the method of intake and the amount consumed.

Using cannabis responsibly allows you to enjoy the benefits of the drug without the risk of having traumatizing weed-anxiety episodes.

Beginners, remember that just a few puffs from a joint are okay for the first time. Get acclimatized to the effects of the drug before upping your dosage. 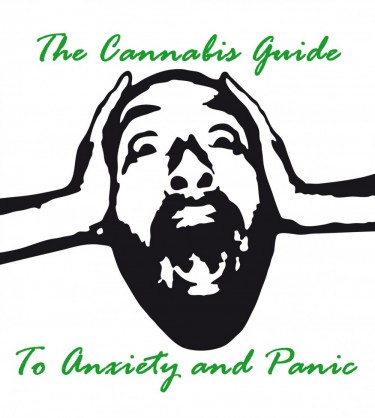 THE CANNABIS GUIDE TO ANXIETY AND PANIC ATTACKS! 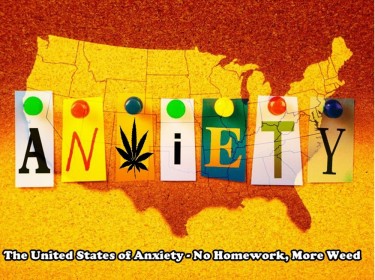 THE UNITED STATES OF ANXIETY, WEED LEGALIZATION CAN HELP!