Discover the first use of cannabis to treat menstrual pain – Dr.Cannabis Blog


Colic and the famous TPM are the great villains of the female reproductive stage. However, using cannabis to treat menstrual pain can be of great help in making this period easier for women. This therapeutic application dates back thousands of years and shows a benefit that is still little studied but with great potential.

Today, there are already companies focused on producing creams, suppositories and tampons infused with CBD to alleviate menstrual pain. The pioneer brand in this segment is Foria, leader in the sector since 2013. Even the actress Whoopi Goldberg had a line of products based on cannabis to treat menstrual pain, Whoopi and Maya, whose operations were closed last year.

There are few scientific data regarding the action of cannabis specifically in combating dysmenorrhea. Therefore, Foria created an unprecedented study with Dr. Staci Gruber, a professor at Harvard Medical School, to track the self-reported results of 400 women using CBD suppositories over several months, whose results were quite positive.

While there is a certain scarcity of scientific data, on the other hand there are many records throughout human history about the use of cannabis to treat menstrual pain.

The first historical record of the application of cannabis against colic dates back to 3000 BC, in Mesopotamia. British archaeologist Reginald Campbell Thompson spent 50 years deciphering 19,000 Assyrian tablets recovered from the hill of Kouyunjik, an archaeological site in the ancient ruins of Nineveh. In this research it was discovered that the Assyrians called Cannabis in different ways, which varied according to the use:

The Sumerians used the term “azalla”. 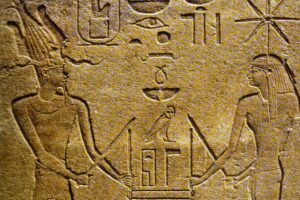 Goddess Seshat, an Egyptian female deity whose rituals were based on Cannabis.

Interestingly, cannabis to treat menstrual pain was mentioned more than 30 times in combating diseases in such recovered manuscripts, mainly against colic and labor pain. There is evidence that this use may be even older, dating back to the 7th century BC.

Women created herbal drinks – such as turmeric and mint – along with hemp seeds to ease menstrual pain and to improve difficult childbirth. The typical sadness of Premenstrual Tension also found a safe haven in Cannabis. “Azalu” was prescribed for depression, in which case it should be taken on an empty stomach.

At that time, the practice of medicine was linked to witchcraft and rituals. Diseases were associated with demons. Amulets were used to “keep away” uncomfortable symptoms.

Health treatments alternated application of emulsions, ingestion of teas and tinctures with rituals to ward off disease-causing demonic spirits. Therefore, menstruation was associated with a “red devil”. Menstruating women were designated as “musukkatu”, which translates to “impure”. In ceremonies, milk from a “musukkatu” woman or even urine was often used. Men who had contact with a menstruating woman were cursed. The only way to be “cured” was to have contact with breast milk, to clear the “curse of menstruation”. In the city of Ur, women were not allowed to work on the construction of temples so that they would not menstruate and pollute the building. Up to a specific point on the Euphrates River was designated for menstruating women to bathe, as it was believed that they also “cursed” the waters in this way.

Menstruation was full of taboos that are reflected to this day, but cannabis was viewed very positively. The plant was the raw material for women’s perfumes. The term “qunnabu” was used as a nickname for something “cute”, an expression of affection.

Physicians, female doctors and healthcare professionals interested in learning more about the benefits of cannabis to treat menstrual pain and other female health conditions can take advantage of Dr. Genester Wilson’s “Cannabis in Women’s Health” lecture. King at CNABIS 21. On August 5th she will address the topic with all the scientific references for this use. For those who want to go deeper into the female universe, we also recommend a visit to Xah’s stand with Mariaz at the event.

CNABIS 21 is a free online congress that will address relevant topics about cannabis and its therapeutic potential. Sign up for free here.

Xah with Mariaz and Dr. Cannabis 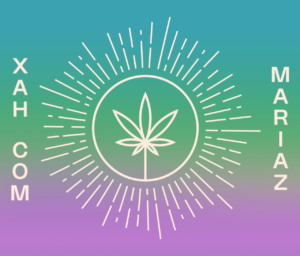 This text on the use of cannabis to treat menstrual pain is a collaboration between Dr. Cannabis and Xah with Mariaz. It was written by:

Xah com Mariaz is a community that connects women to the Cannabis ecosystem through education, art and culture.

Effects of CBD: learn how cannabidiol works in the body - Dr.Cannabis Blog